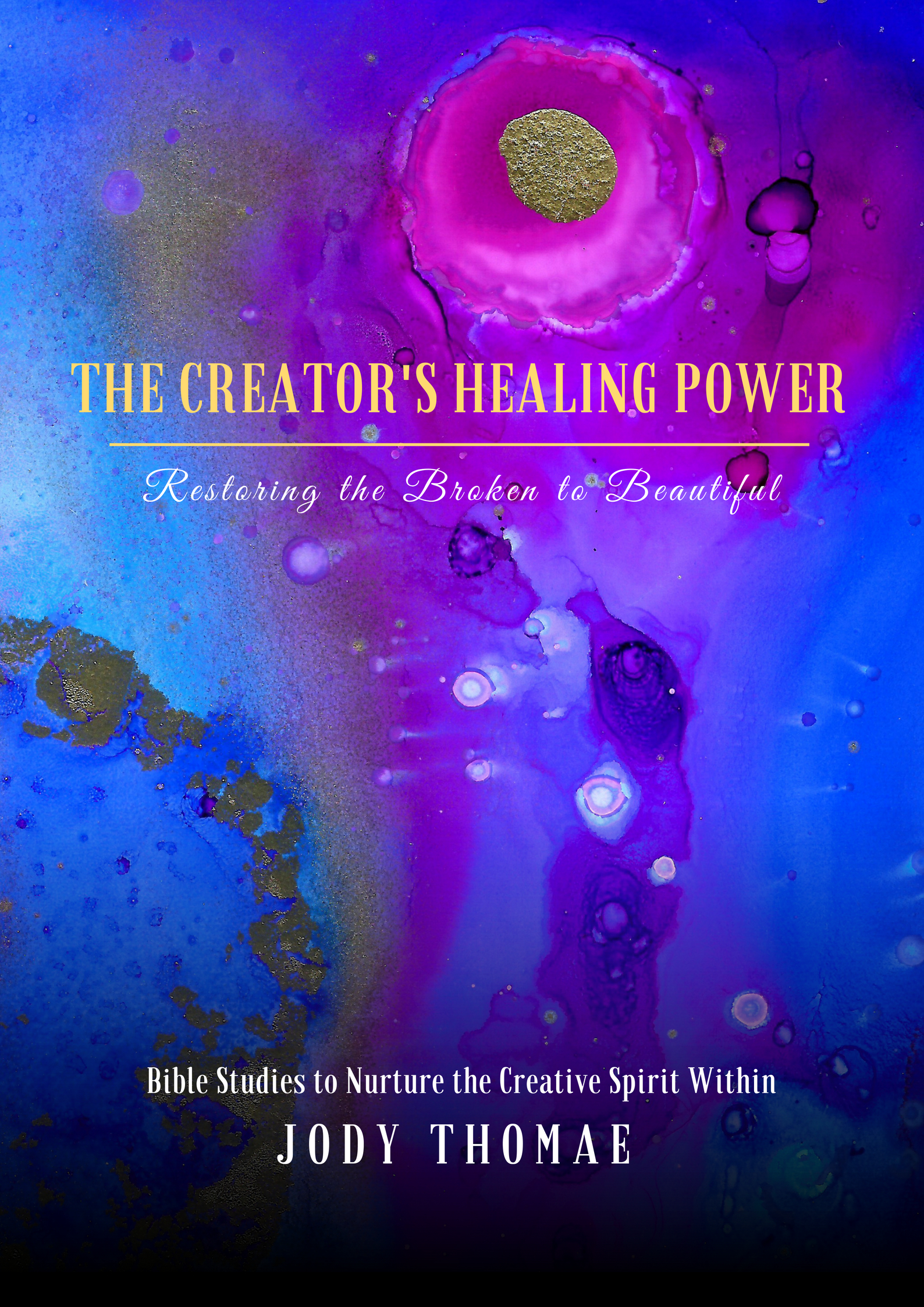 Unauthorized use and/or duplication of this material without express and written permission from the author and/or owner is strictly prohibited. Excerpts and links may be used, provided that full and clear credit is given to Jody Thomae with appropriate and specific direction to the original content. Any questions can be directed to jodythomae@zoominternet.net Protected by Copyscape

Leviticus 9:22-23 – Then Aaron lifted his hands toward the people and blessed them. And having sacrificed the sin offering, the burnt offering and the fellowship offering, he stepped down. Moses and Aaron then went into the Tent of Meeting. When they came out, they blessed the people; and the glory of the LORD appeared to all the people.

As God gives to us, we give to others—we extend our hands to give to and to bless others. As Moses and Aaron blessed the people, the glory of the Lord appeared—as we bless others, we reveal the glory of God through the generosity of our actions. We are the hands and feet of Christ.

hands and blessed them. While he was blessing them, he left them and was taken up into heaven. Then they worshiped him and returned to Jerusalem with great joy. And they stayed continually at the temple, praising God.

As the resurrected Jesus ascended to heaven, where he was seated at the right hand of the Father to rule and reign over heaven and earth, he extended hands of blessings to his followers to bless them. This blessing brought them great joy—joy that kept them continually in the presence of God. END_OF_DOCUMENT_TOKEN_TO_BE_REPLACED

I Kings 8:22-23 – Then Solomon stood before the altar of the LORD in front of the whole assembly of Israel, spread out his hands toward heaven and said: “O LORD, God of Israel, there is no God like you in heaven above or on earth below—you who keep your covenant of love with your servants who continue wholeheartedly in your way.”

Solomon is 1st giving words of praise to God; 2nd witnessing in front of everyone; and 3rd remembering God’s covenant of love.

I Timothy 2:8 – Therefore I want people everywhere to pray, lifting up holy hands without anger or disputing.

Here we find hands raised in prayer, and note that it is to be without anger or dispute in your heart. END_OF_DOCUMENT_TOKEN_TO_BE_REPLACED

In Luke 10, when the lawyer stood up to put Jesus to the test, he asked him how to inherit eternal life. Like a learned rabbi, Jesus turned the question back to the lawyer, who answered:

Jesus confirmed his answer as true, with a command and a promise: “Do this and you will live.”

When I teach on embodied prayer and worshiping with your whole self (including the often-excluded body), I am often asked where to begin. “EMBODIED” — a 7 day exploration of postures of prayer and praise — is designed as a starting (or restarting point) for those wanting to engage their bodies in prayer and worship.

Many have asked for the motions to “Empty Me” — a circle dance / embodied prayer I lead at retreats and workshops. It is prayed / danced to the song “Empty Me” by Jeremy Camp, a BEaUtiful song about surrendering our selves in order to be filled with his life-giving Spirit. Participants stand (or sit) in a circle facing one another. The motions are simple and repetitive. Participants always remark how powerful this simple movement prayer to music is. 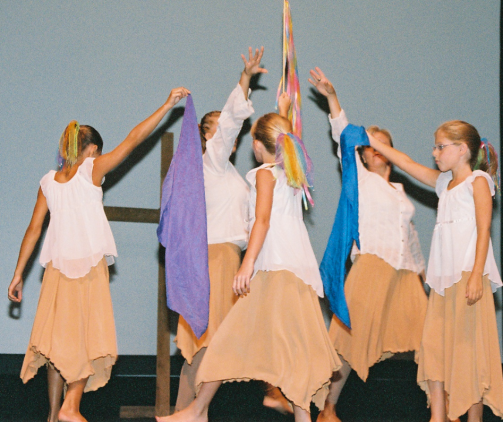 END_OF_DOCUMENT_TOKEN_TO_BE_REPLACED

This is an embodied prayer I created for the Art of Spiritual Direction retreats at which I teach. It is based on the Lakota Native American Four Directions Prayer.

Participants stand in a circle, facing center, where a large cross is placed. You can also Create a Sacred Space like the one pictured at right and use that as your central focal point.

Featured above is a picture from a YogaFaith training where a beautiful pool of water was our focal point. Serendipitously, we ended up with our hands on both of our neighbors shoulders (at the part of the prayer where we prayer for the person on our left and right). It became a powerful symbolic action of unity and solidarity of purpose.

Facing Center, we look to Christ Our Center and read from Luke 4:

Jesus unrolled the scroll and found the place where it was written,
“The Spirit of the Lord is upon Me (the Messiah),
Because He has anointed Me to preach the good news to the poor.
He has sent Me to announce release (pardon, forgiveness) to the captives,
And recovery of sight to the blind,
To set free those who are oppressed (downtrodden, bruised, crushed by tragedy),
to proclaim the favorable year of the Lord [the day when salvation and the favor of God abound greatly].”

Then He rolled up the scroll, gave it back to the attendant and sat down; and the eyes of all those in the synagogue were attentively fixed on Him.

END_OF_DOCUMENT_TOKEN_TO_BE_REPLACED

For real change to take place, the body needs to learn that the danger has passed and to live in the reality of the present. ~Bessel van der Kolk, MD (pioneer in the field of traumatology) in The Body Keeps the Score

I have already written about my journey listening to the voice of God as I’ve explored yoga as a creative Christian practice. I also want to share another reason behind my exploration of yoga as I’ve sought the Lord’s will and wisdom in this somewhat tricky and controversial issue as a follower of Jesus Christ.

I am deeply passionate about helping others find the healing power of Jesus through creativity, beauty, art, and worship. I have written a devotional Bible study about that very topic called The Creator’s Healing Power. And more and more, as I continue reading, researching, teaching and writing, God is leading me to connect this love of healing through the arts with my love for yoga and all things embodied. In the midst of my research and exploration of trauma, I quickly found the work of Bessel van der Kolk, MD, a leader in the field of trauma since the 1970s. In his own research he has more recently discovered that yoga and other embodied practices help those who suffer from PTSD and chronic trauma. Let me refer you to two recorded interviews on his research and discoveries: END_OF_DOCUMENT_TOKEN_TO_BE_REPLACED

Shoulder to shoulder with my Jesus tribe I know that I am accepted and loved, that I belong and that I have found a group of people who have experienced the great love of Jesus Christ…. on a mat… a yoga mat.

You ask me how? How can a Christian practice yoga? I mean, isn’t it Hindu? Aren’t you worshiping the sun or Shiva or a weird looking elephant dude… or something? I could tell you that the movements we call yoga in America are actually more closely derived from the exercise regimens of Indian palaces than from the ashrams who adopted them (Science of Yoga, W.J. Broad), but I’m not sure you’d believe me. So I’ll tell you what God told me.

First, let me clearly state that I recognize that not everyone can or should practice yoga. There are people who have had negative experiences with yoga, and I agree 100% that yoga is not the best creative practice for them to adopt. However, that doesn’t mean that it effects everyone in the same negative way (proceeding with wisdom, discernment and caution). For I have experienced the love of God in such strong, powerful and healing ways on the mat that I cannot go along with the notion that a Christian cannot practice yoga. Let me tell you what Jesus has taught me along my journey into yoga…